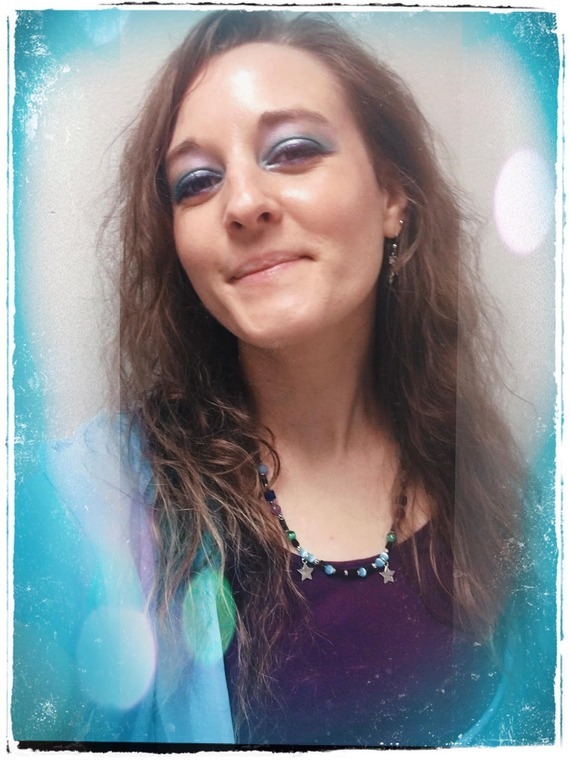 On the eve of her new single 'Always' being released, we caught up with the delightful and talented, Amanda Jay aka Star Madman and asked her a few questions about her past, present and future.

Q. When did your musical journey begin?

My musical journey began when I was about 4 years old. My mom and grandma put me in piano lessons after they heard me play “Memory” (from the musical CATS) by ear on my grandma’s upright piano, after I had heard it played from one of my grandma's music boxes. I started writing original music around age 10. I was in percussion/pit in junior high and high school band, and from that experience I learned how to play the drum kit. I also took a few guitar lessons when I was about 15 years old, and taught myself how to play bass. I started recording electronic music around age 20. (I’m in my mid-30s now.)

Q. Who were/are your musical influences?

The band who has stuck with me the longest, and who I feel has consistently put out good music to this day, is Depeche Mode. The genres that influence me the most are new wave, electronic/electronica, classical, and dance music.

Q. I was going back on your catalogue of music on your soundcloud page, it seems you started off as an instrumental artist, is that a fair comment?

Yes and no. I have been writing lyrics and melodies alongside my music since my earliest memories of writing original music. My great-aunt paid for me to get demos made when I turned 16, and I recorded vocals on all of those tracks. However, when I got the equipment to record on my own around age 20, I mainly stuck to instrumentals because I wasn’t confident in my voice. I recorded some vocal tracks back then, but it took me a while to “find my voice” and feel confident enough to release vocal tracks.

Q. What is your creative process when producing new songs?

It really just depends on the song. Some come to me out of the blue fully formed, some come to me in parts, and some are jams that become songs. Then I’ll refine and mix them until they’re ready to be released.

Q. You’re not only a female solo artist on the synth scene, you also compose scores for films. Have you any more film scores in the pipeline?

Currently, I don’t, though I would be interested in doing film scores again in the future. I would also love to score video games at some point.

Q. Staying on the film theme, what is your favourite film score and composer?

That’s a tough question. I think John Williams would be my favorite composer overall, though I do like Danny Elfman quite a lot. Favorite film score would probably have to be either E.T. or Jurassic Park.

Q. When it comes to how the music enthusiast listens to your music, do you prefer they buy or stream and why?

However the listener prefers, really. I understand the reasoning behind doing both, from the listeners’ and the artists’ standpoints.

Q. You have collaborated with several artists in the synth community, could you tell us about a few of them and have you any more planned for the future?

I’ve been lucky to collaborate with a lot of talented artists in the last couple of years. I think some of my best work comes from bouncing ideas off of others, and creating music together in that way. I’ve got collaborations lined up for the near future with: Tarabud, Manhatten, Maxx Silver, Blue Nagoon, Fonz Tramontano, & The Ocean Beneath - just to name a few.

Q. The scene is blessed to have artists like yourself that feed people like me with fresh new music, sadly it doesn’t always get the audience or recognition it deserves. How do you get yourself noticed and heard?

In an industry that’s very saturated, it can be quite difficult. I try to get my music heard by pitching to internet/terrestrial radio, blogs/reviewers, and by social media.

Q. In these crazy times we find ourselves in, what other activities or hobbies besides music do you like to do?

Q. I don’t as a rule mix politics with music but I just wanted to ask for your thoughts on the Roe V Wade ruling being overturned by the US supreme court.

This ruling is devastating for a myriad of reasons.

Q. What advice would you give to anyone wanting to pursue a career in the music industry?

Learn as much as you can about the business and your craft, network with people in the industry, and treat it like a job.

Q. You have a new single coming out on the 1st July. Would you like to tell us more about it?

It’s a synthwave/synthpop vocal track titled “Always”, releasing via Headphone Music Label. I wrote the music at the end of 2020, right after the power came back on after it was out for about 12 days. (There was an ice storm that knocked out the power for a lot of Oklahomans.) The lyrics came to me a few months or so later. I put it on the shelf because I had my schedule full of releases between now and then, so I’m glad I finally had an opportunity to put this one out.

Q. Are there any plans for a Star Madman album?

I have a few ideas for albums. I’d like to do a classical one. I’d also like to put together a coherent album of some of my singles that are already released, and release it on physical eventually. Right now though, it’s easier to keep releasing singles for each Bandcamp Friday. I’ve also been pitching each single to the Spotify Editorial playlists. If I released albums, I’d have to choose only one track to pitch. I feel that releasing singles allows more chances for my work to get placed on one of those playlists.

Q. Do you plan to perform live in the near future?

I’ve been debating it. I would probably start with streaming on Twitch first. Still working on the setup and logistics of all of that, though.

Q. Thanks for taking time out to answer these questions, Amanda. Is there anything else you would like to add?

Thank you so much for the interview!