Out Now On Bandcamp 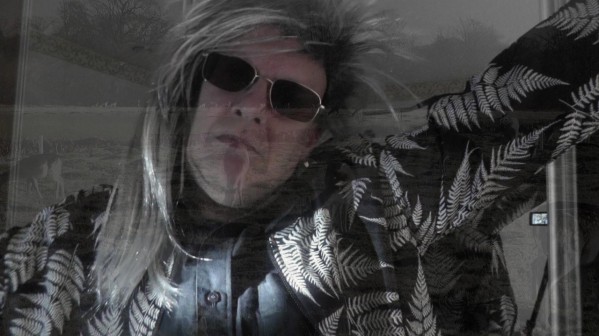 When did it all begin for Maxx Silver?

In 2010 I bought a synthesiser and started writing dance tracks and electronic pop songs. These were put together for my 2011 debut album, "Silverado"  I got good feedback from friends, so I continued to write music. But until recently I still had a job so the albums were not really promoted, until this one.

Who were/are your musical influences?

Very diverse but mainly from the 1980's. John Foxx, David Sylvian, Depeche Mode, Talk Talk, Dead Can Dance, Goldfrapp, Yello and Ladytron on the electronic side and Killing Joke, Curve, Porcupine Tree, Icehouse and David Bowie are the more rock influences. Friends used to always say I sounded like the Pet Shop Boys and whilst a fan, that was never intentional.

How would you describe your sound?

Moody or atmospheric with sometimes complex electronic textures. Lots of melody and intricate percussion. I hope it is music that makes you want to listen again, to get more into the detail.

You seem to be a people, place and things type of artist, do the videos you produce give you the ideas to a song or vice versa?

With "Archipelago" I wrote an album about 7 islands off the coast of Sicily. The tracks were written first after doing research on the history and character of each island. It was lucky the music went well so I was lucky to be able to have a holiday at that location and make a film. Normally I will think of an idea for a video after writing the song.

You’re releasing your new album on 21/2/2021. What is the title of the album and was it a long time in the making?

The title is "In Recovery" I worked on this during the Autumn/ Winter months of 2019 and 2020. I had many instrumental parts to balance and some tracks took over 40 attempts to get right. Mixdown was the longest part of the process.

Tell us about the album, does it cover one genre or have you delved into other genres for a wider audience?

Most of my music is improvised without much rehearsal so I'm guided by what I think suits the song as I construct it. I don't really think about genre,  though it is dark electronica in the main. The songs are about different ways of recovering from bad situations. "In Recovery" is a happy catchy pop song about leaving a toxic relationship and at the other extreme " Overactive Mind" is about being tormented by nightmares, BDSM visions, werewolves, and it's my take on heavy electronica. The rest of the album lies between those two extremes! I think it is approachable though, especially if you like darker pop music such as Depeche Mode for example.

When I write music, I get very bored if I write things that sound too similar, so variety is a natural part of the music I do. It is not really an attempt to get a wider audience, it is more an attempt to keep me interested!

I'm very grateful that yourself and some others picked up on "Can I make It Through?"  as it justified the direction I was taking with the music.

How would you say it differs from your previous 2 albums ‘Archipelago’ and ‘Escape’?

"Archipelago" was about trying to describe incredible real places with music. The two songs "Alicudi" and "Panarea" were not so personal to me, more about what the islands were like. "Stromboli" was a piece describing an erupting volcano and was so much fun!

"Escape" collected a number of songs and stories which were more about personal situations. Difficulty of communicating was a theme with "See the Light" "Kathmandu" and "Talk to Me" but the other themes included hedonistic escape and finding new love.

"In Recovery"  is mostly darker and harder sounding music than the previous albums. I use electric guitar more on the album, perhaps Gothic is an appropriate word?  The title track, "Titania" and "Realm of Artemis" are lighter moments. I wanted something in the lyrics, mood or melody to grab the listener. The first half features songs whereas the second half is more like pieces of music with a more experimental side. It is an ambitious project, so it seems like a breakthrough to me to have finished it!

Which song on the album was the hardest for you to finish?

"Passive Aggressive" has existed since early 2019. It was 9 minutes long and the keyboards eventually dissolved themselves with noises like angry chickens! So it did not work. I added melodies and the main queasy synth part, redid the vocals and faded it out before it annoyed me. But because it is so layered it took me many tries before I was ok with the mix I produced.

What is your personal favourite track from the album?

"The Realm of Artemis" is an instrumental that I recorded very quickly by improvisation. So quickly, that the day after I wrote it, I listened to it and was blown away by it as if I had never heard it before as I forgot what it sounded like. I did not need to change anything!  It is the closest I can get to a beautiful musical landscape, in my view.

What formats will you be releasing the album on?

CD version is a one-off limited edition with 15 tracks, 2 extended versions  ( "In Recovery" and "Passive Aggressive")  There is a 12 page full colour lyric booklet that I designed and photographed myself. l will only earn money on this version so I do hope some people will visit my Bandcamp to support me.

When we get out of this lockdown, do you plan to do any gigs to promote the album?

I'd love to! I have my own self contained live set up that I can take to any small to medium sized venue. I played the Brighton Fringe like that and it worked very well. Seriously,  hit me up on Twitter folks if you are in Central or Southern England. I want to  play an amazing gig for you!

A lot of indie artists sadly don't reap any rewards from their music these days, so what one thing from this album would you like to achieve?

Hopefully the music is enough of a showcase that it might get me more attention, making it possible to collaborate with others or find other musical avenues. I am happy with psychological rewards but it would be great to have financial ones at some point.

Rob Harvey of Synth City has given you a lot of airplay of late, does that give you confidence to keep pursuing your musical career?

Rob was the difference between me completing the project and not. I nearly gave up music and was suffering a major amount of doubt in myself, not just musically. This was mainly due to a lack of other people to communicate with, months before and during the first Lockdown as I live alone and currently do not work.

I had such great feedback from very gifted musicians who listen to Synth City. It is an honour to appear on his show and it is amazing what a difference some positive feedback makes. I was able to reappraise those niggling issues that are inevitable with a self-produced  album, where I effectively do everything.

Whilst doing research I came across the name "Ikon Anarchos"  is this a side project of yours?

This is a long standing industrial and experimental music project with Richard Bennett also known as djhotsox. We wrote a lot of music together in the past and released an album in 2019 called "Tectonic Shift" which goes from noisecore and gothic rock right through to ambient music.

Sadly, Richard suffered a stroke a quite a few years ago and is in hospital with locked in syndrome. He still retains all his brain power and he wants to write music which he does by moving his eyes to play notes on a computer screen, his only means of communication. Percussion parts from him prior to his illness were transferred over for the project to which I added the music and on two tracks, vocals.. Despite his situation, we have a lot of laughs when we meet up. He is an exceptional and wonderful human being who in addition to all his challenges, even beating covid last year. The last email from him said he had percussion parts for 12 albums!

If you could collaborate with any other artist on the scene who would it be and why?

There are a number of fantastic female voiced bands that Rob plays on his show. I would love to work with a female vocalist even as a one off with a specially composed song of mine.

It is nice to dream isn't it? I don't expect it to happen, but here is my dream list.

Marva Voulgari of Marva Von Theo has a truly exceptional voice.  I also love the work that Gene Serene of The Frixion does, Emma Barson of Promenade Cinema,  Marie Williamson of Agency V,  Diana of Ditsea Yella and Kay Burden of Platronic just to mention a few of many!

The ideal situation would be a collaboration album with different musicians or producers. I never set out to be a totally solo artist and historically I love working with others.

If you could change anything about today's music industry, what would it be?

It is ironic that as music progresses a lot of modern production is so compressed, just to be loud and it sounds awful. I hope we will get to appreciate great production work and how certain sound formats (such as an LP) can be warmer and more satisfying to listen to.

I would try and get A & R at recording companies to now realise, at this historical point in time, that originality and change for music is exactly what people will want. I would love recording companies to take more risks and to sign unusual artists with an original angle on music so that popular music completely renews itself with fresh inspiration and new ideas. I would like a year like 1981, when I think those things did happen.

What are your plans for the future?

I'm looking at releasing some mostly instrumental music next year. It will be ambient, hypnotic,healing and electronic. I have a video to do in Winchester Cathedral after lockdown for a beautiful piece called "Celestial" . Also, I have a lot of songs, possibly 40 or more that have promise but are not completed. But I think it may take a while before I can have enough good tracks finished for another album, but we will see!

Thanks Maxx for taking part in the Q&A, Is there anything else you would like to mention?

Well this was so much more detailed than I expected! But it was fun! I hope the reader has learnt a bit more about me. Please do tweet or dm me if you have any comments about the interview!

Thank you Revival Synth for having the "ears" to introduce Maxx Silver to the world, and to Synth City , with best wishes from me. 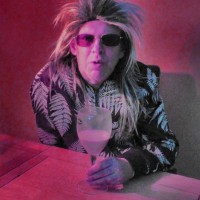 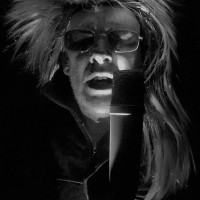 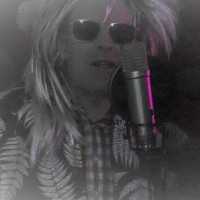 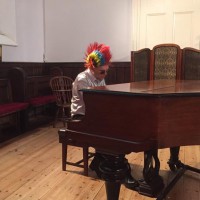 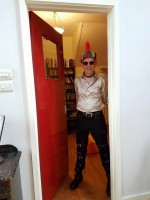 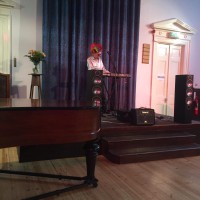